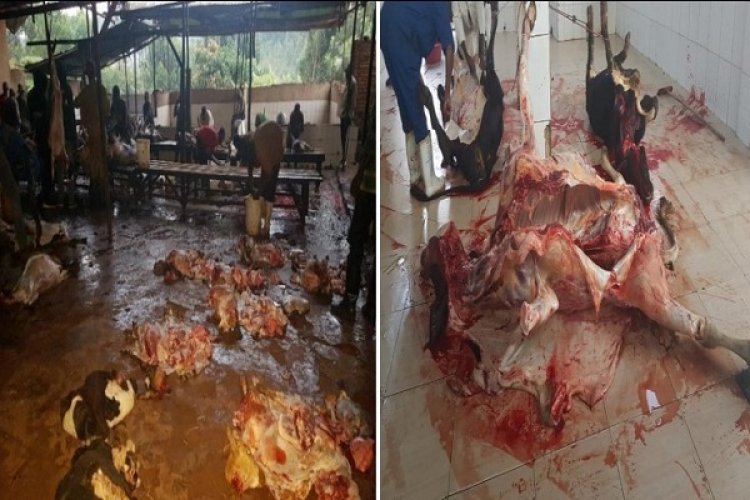 Concerns have been raised over imminent risk of distribution of uninspected meat as most slaughter facilities in the country operate without licenses and “have unacceptable physical and hygienic standards.”

This is according to the latest report of the auditor general released on May 12. While majority of the facilities lack appropriate design, layout, structure and equipment for slaughter facilities, others don’t carry out ante and post mortem testing and inspection at slaughter facilities.

Besides, there are cases of unsafe meat transportation from slaughter facilities to retail shops with no quality assurance done to ensure the products are fit for public consumption.

The issues constitute a setback in Rwanda’s drive to produce high value and competitive meat products and services for both domestic and international markets.

There are 47 operational slaughter facilities which are subjected to routine inspections by Rwanda Inspectorate, Competition and Consumer Protection Authority (RICA).

The agency ensures that the production, importation and exportation of meat meant for public consumption are conducted in accordance with standards and regulations in force.

However, Auditor General Alexis Kamuhire, in an audit that covered the period June 2018 to March 2022, flagged serious quality gaps in over 25 surveyed slaughter facilities located in 13 Districts.

Many slaughter facilities barely perform meat testing or inspections, while carriers are neither registered nor licensed, according to the audit findings.

“RICA should strengthen its monitoring and enforcement mechanisms to ensure that slaughter facilities are adequately equipped for sanitary slaughter operations and meat inspection to produce safe and high-quality meat for human consumption,” noted Mr. Kamuhire’s report.

According to the audit findings, none of the 25 visited slaughter facilities fulfils all requirements of design, layout and equipment. For example, animals were slaughtered on floors in unhygienic conditions in 22 facilities.

This, auditors indicated, increases the risk of cross-contamination between animals with diseases and healthy animals and from slaughter premises to produced meat. The audit noted that in 24 out of 25 slaughter facilities, inspections of animals before being slaughtered (ante mortem inspections) were not conducted.

In addition, 20 out of 25 slaughter facilities did not perform meat inspections (post mortem inspections).
The technical guidelines governing meat businesses lack provisions on how the inspections are conducted, required tests, and protocols, according to the audit.

Besides, the audit noted that meat was carried in unhygienic conditions including bare floorboards in dirty vehicles without crates, ventilation, and rust-resistant metal box. Other carriers use motorcycles, bicycles, wheelbarrows, and plastic sacks. Moreover, 15 out of 28 meat carriers were not registered and licensed.

The audit indicates that 15 out of 28 meat carriers were not registered and licensed, while 36 out of 47 slaughter facilities recorded by RICA were not given meat inspection certificates and stamps.

Can't feed a family? Journalism is a passion and you can’t fake it